Christmas Downunder is a digital boxed set featuring novels from six of us who were in the Love Downunder set -  me, Serenity Woods, Kris Pearson, Annie Seaton, Tracey Alvarez and Rosalind James.
Mine is a brand new book - Promising Penny. There's an excerpt, below.
It's set in Auckland, NZ, and features some of the characters from Dating Daisy - mainly Michelle, who worked for Daisy, but also Joel and Daisy herself. A few reviews have come in for the whole set, including one reviewer who described Promising Penny as a story about "loss, love, friends, family, empowerment and so much more." You can pre-order a copy of it here. It's exclusive to Amazon over November and December for US$.99.
We've got giveaways organised, so stay tuned for all the details at the books' release. 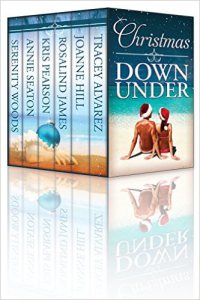