I missed my bus home from work last night. One of those situations where you're waiting at the lights, you see your bus, and just before the pedestrian walk light goes green to cross, the bus pulls 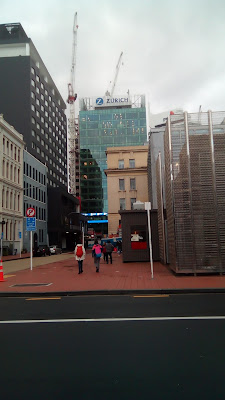 away.
Because it was long past rush hour, it was half an hour for another bus, so what do you do?
You cheer yourself up by taking a bit of a detour, knowing there's a good book in your bag to read (an excellent book on writing by Christopher Vogler and David McKenna called "Memo From the Story Department.")
The detour is McDonalds for an ice-cream.
While I was waiting I spotted Richard. He's an eccentric character, one of the streeties you see when you work in the city. I've chatted to him a lot before, about books and sports and anything really. He used to wear a jacket supporting the same rugby league team one of my kids supported. A team that at the time happened to be the bottom-of-the-table team, and had been for many years.
The book could wait.
So I took my ice-cream over to where Richard was, sat down and we had a good twenty minute natter about stuff. He asked what I was doing in town late; I told him I'd been at a work event.
He's from England, originally, so we talked about royal things, especially in light of the Queen's statement supporting Prince Charles as the next head of the Commonwealth.  We talked about public transport, about history, about languages - about a heap of stuff. Or rather, he talked and I listened. Then time was up, the ice-cream was long gone, and the bus would be arriving soon.
I look forward to catching up with Richard again, soon.

One of the 3 or 4 most famous novels

I've been away a bit of late, so got to read a bit more than usual.
In particular, I was quite taken with several books, all found on my mum's bookshelf. Go, Mum! 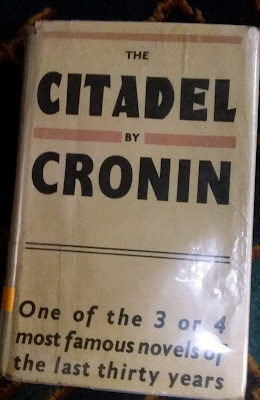 One was a thriller called The Dry by Australian author, Jane Harper. I just found it sitting on a shelf in the spare bedroom, I hadn't heard of it before, hadn't heard of the author, just picked up the book, read the first page and I was hooked. Had me gripped from the beginning and even more amazing, I didn't skip to the end to see who the perp was. Amazing.
So the story goes... a man has killed his wife and son, then himself. His old school friend, Aaron, returns for the funeral, planning to leave asap. But at the pleading of the dead man's mother, Aaron (a cop) decides to give it a few days to investigate, then he'll leave. Except, it begins to get curious as the questions mount as to whether it really was a murder-suicide. The setting was a small town suffering a crippling drought. Very atmospheric and a terrific read. I was googling it, and found this article. Apparently Reese Witherspoon is considering producing it as a movie and at the time of this article, last year, was wondering who would be good in the lead. One answer? A Hemsworth. Amen to that.
Changing tack, I read some older books by British author AJ Cronin. Here's his page on Wikipedia.
The Green Years was a captivating coming-of-age story set in the early 1900s, about an Irish Catholic boy, Robert Shannon, sent to live with his Presbyterian relatives in Scotland.  Set in the small town, it wasn't all happy but at times, it wasn't all doom and gloom either. It was very atmospheric (the importance of setting, again) and with strong relationships, such as with Robert's grandfather. And it had a quite unexpected and neat ending, given there was quite a bit of despair at times in the book.
I was so struck, I went on to read The Citadel by Cronin, which had been made into a TV series in England in the 1980s or therabouts and is his most famous work, I think. Check out the cover of the library copy I found in our library stack . "One of the 3 or 4 most famous novels of the last thirty years." Love it.
This was the story of a doctor who gets his first post in a terribly poor Welsh mining village. His idealism and disdain of rich doctors takes a shift over the story, and he begins to crave the prestige of being a doctor in London, but it was once again a great read.
I had also been reading some of my own books again, as am writing a third in the Clearlake series and need to get all the facts straight for what is called the "bible" of a series. That is, all the character's descriptions, the places, the layout of the city, etc, given I have made it up. It was a good experience, and yes, annoyingly, in spite of editing it to death, and it being proof read, there were mistakes. I no longer read a book, see a typo and think "how did you miss that, you lazy writer?" Easily, is the sad answer. Very, very easily.
~ Joanne
at May 04, 2018 Links to this post