What have I been reading of late? 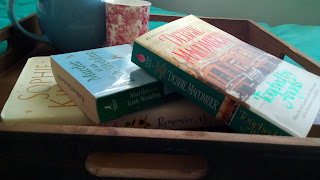 Just finished a book "Murder at an Irish Wedding" by Carlene O'Connor. I picked it up at the library because it was on a
display of Irish books over the St Patrick's Day weekend. So many good books on that display, too, and with the exception of Marian Keyes and Maeve Binchy, most were authors I hadn't read before.
Case in point was this book.
It was fun, laugh out loud in a lot of places, very witty, un-put-downable, and with an intriguing murder to solve. Great cast of Irish characters. I want to go around now saying Feck and Jaysus but I spose I shouldn't. I could dig out some 'Father Ted' though.
I'll be looking for the other books featuring sleuth, Siobhan O'Sullivan
Also read, was a charming Debbie Macomber featuring her angels, Shirley, Mercy and Goodness. It dealt with gritty topics, including teenage pregnancy and youth suicide.
I had a few DNFs (Did Not Finish) but a lot of it is you have to be in a certain head space and tbh, I just want light reading that is entertaining and fun with great emotion in it, and a Happy Ever After.
I was thinking of that this past week, following the attacks at the  mosque in Christchurch.
In that vein of entertaining and fun and really, what is comfort entertainment, I avoided TV and re-watched a few movies, that I just love, however many times I watch them:
Tootsie, Morning Glory, and Kate and Leopold.
~ Joanne

I was recently involved in helping with an exhibition on George Bernard Shaw, ie he who wrote Pygmalion, and then adapted it for the screenplay of My Fair Lady, of which he won an Academy Award. I didn't actually make the exhibit, as it was curated by a famous chap in Ireland, and I was just involved with setting it up. Tomorrow I have to take it down and ship it off to another part of this fair land, where it will be for a week before it is shipped off somewhere else.


It has been a fascinating experience for a number of reasons. One, I got to work with the Embassy of Ireland who organised the display (Shaw was Irish)  and seeing as a fair number of us Kiwis have some Irish in them, cool. In fact, according to my sister's DNA test, we have something like a quarter Irish so am pretty happy about that, although my  mother's been saying that for years about the Irish. I also got to read up on George, and what a character that chap was.
Most fascinating to me was how he created his GBS persona and how when he visited New Zealand in 1934, the nation was intrigued beyond belief with the famous visitor. Shaw was the first global celebrity of the modern age, totally self cultivated, the media ran daily reports on his travels, and Shaw himself was most happy to oblige..
I researched and wrote a post for a local heritage blog, link below, on the man himself and the visit. It was one of the funnest most fun things I've written and I could have gone on and on and on with Shavian quotes. It was a  nice change of writing from the romance. Sadly (although not sadly as its rather fun) the head space is now taken up with researching and writing an article for a NZ historical journal and I do not cope well with multi-tasking on that score, only so many brain cells left to work with there, so the romance is once again on the back burner until this article is finished and then, work on the current book will continue.
Here's the link if you'd like to take a look at GBS in NZ... 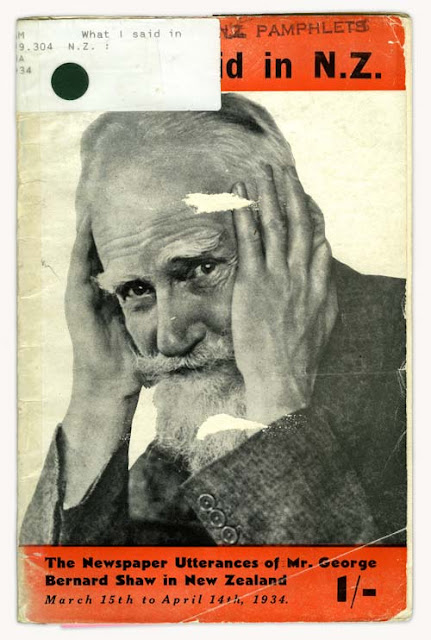 This weekend just gone I had a road trip in the South Island, heading down to Dunedin from
Christchurch to see the Eagles in concert.
We stayed in the city and walked to the stadium, a half hour or so walk, and when it finished, back again with all the thousands and thousands of people in the late hours. I even bought a T-Shirt.
Music is an interesting thing, isn't it? I hadn't really listened to the Eagles much since I was in my late teens, and to be honest, I wasn't even planning to go until about six weeks ago when one of the whanau (family) said, "Come down to the South Island and we'll go."
I was totally in.
The concert hadn't sold out so getting a ticket wasn't a problem. Ditto the cheap airfares.
BUT... oh my golly gosh... accommodation was an absolute bitch!
Everywhere it seemed had filled up or a fortune was being demanded. And for two gals who like to do things on the cheap, there was no way I was paying for a bed that cost more than the concert ticket and the airfare combined and doubled.
I wondered if something else was happening in Dunedin that weekend to make the city sell out of accommodation, and I googled, but no. There wasn't anything else. It was purely the wonderfulness of an Eagles concert.

Apparently within days of the tickets going on sale, the city had pretty much sold out of accommodation so by the time we got a ticket, months later, there was, it seemed, nothing.
I figured even pitching a tent, like in days of yore, on a campground was a possibility. Worst case scenario, I said, we could sleep in the car. It couldn't be any more uncomfortable than my regular nine hour, over-night bus trips on non-reclining seats.  This idea was not met with approval.
But then, doing a search one more time, after many one-more-times, a room for two popped up at a really decent price, and I grabbed it.
Praise be, I thought.
Praise blimmin be.
The concert was amazing. "Hotel California" live was a spiritual experience. All the songs were amazing. Can I say "amazing" any more? Yes, I darn well can. AMAZING!
The warm up act was originally Aussie singer John Farnham, but he'd come down crook a few weeks before, so Marlon Williams, a Kiwi singer who has done really well these past years, was the first act. He was very, very good. I thought it was quite an inspired choice as he'd be reaching a whole demographic of people (ie middle aged and beyond) who probably hadn't given him a second thought before.
All in all, a pretty splendid time, and as for the cheap seats with the restricted viewing? They were not too shabby at all.