Today is Valentine's Day and I was looking through some old images on line for something Valentine-ish when I found this. It is not actually Valentine's Day material at all, but it was very interesting. Winnie Comber and Irene Speller were actresses in Damascas when they were seen by a young Prince who became so infatuated with them, he asked Winnie to become the chief wife in his haram of 50!! She refused, he tried to kidnap the young women, and they then had to seek protection from the British Consul. This was reported in August 1927!! Fake news perhaps?  I don't know but an interesting story, none the less.

This is pretty groovy. A dress from 1966.  Auckland Libraries Heritage Collections 34-S832D A Poncho!! So Seventies. We had ones a... 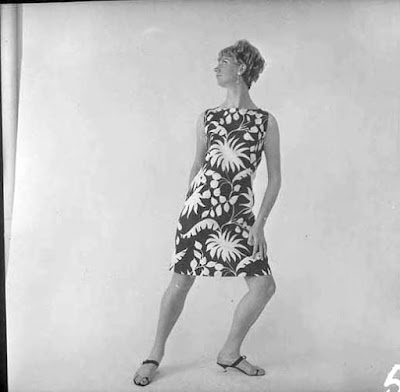