Excerpt for Bringing Back Emily

My writing is sporadic and slow, and I blame working full-time, aka earning a living.
I have nearly finished “Bringing back Emily,” which will be the title of the new book, unless I can think of something else. I’m open to inspiration.
It is the third in the City of Sails series, the the story of Emily Randell, the friend of Jack from “Falling for Jack” and his best mate Ethan, from “All About Sage. Emily was married to their friend, Brad, a former All Black, who left Emily, when she was pregnant. Now, she’s had the baby, Bella, and she’s just getting her life on track when it, life, gets in the way again.  Naturally, there's a bloke in there, the romantic interest, by the name of Patrick.
I am planning to have the book released before Christmas, cross fingers. In the meantime, here’s an excerpt:
PROLOGUE 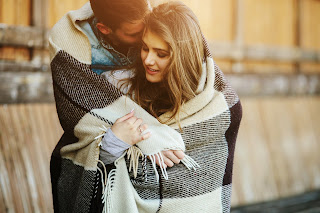 Emily Randell’s eyes were closed as she stood silently in her bathroom. Her baby daughter, Bella, was sleeping in the bedroom across the hall, and there was no one else here. No one else within half a kilometre, unless you counted the cattle grazing in the paddock next door.
Emily counted from one to ten, then opened her eyes.
The line on the tube looked as if it were blue.
She closed her eyes, counted to ten again, then opened them.
Her heart slammed in her chest.
It was blue.
Clearly, undoubtedly blue.
She pressed her lips together, and nodded.
Of course it was blue.
Blue, blue, blue.
She looked up at the ceiling. It was cleaner than it had ever been because she’d spent the last week putting off this moment, and had thrown herself into something that most of the time she avoided.
She gave a weary sigh, the kind that if someone had been with her, they’d have turned to her and asked, “Are you all right, Em? Are you doing okay?”
Well, actually, no. She was not at all okay. Her life, a life she had only just got managed to get back on track, had disintegrated, yet again, so, no. She was not ‘alright.’
But she would be. It was all going to be okay.
She let the tube fall in to the sink with a clatter, and as she gripped the edge of the basin, she shuddered.
On whose planet was everything going to be all right?
What a joke.
What a freaking joke.
She stared at her reflection in the mirror.
There was a zit on her chin. She could squeeze it until it hurt, and for that second, she’d have a different kind of pain to the one she had right now. But the distraction would only be seconds long, and it wasn’t worth looking crap as well as feeling it. Not that anyone was around to notice.
“Un-be-freaking-lievable, Emily.” She let her voice rise. “Your life is falling apart and you are unbelievable.”
A bit of an exaggeration. Her life wasn’t going to ‘fall apart’ because it couldn’t. She’d had the ‘falling apart’ bit already. She’d survived her marriage dissolving in spectacular fashion, and weathered the public’s obsession with it. She’d prevailed. So, no. Her life was not going to fall apart like that again.
All she knew was that she was pregnant, and that she was going to have this baby. A life had begun growing inside her, and for the past two months without her even knowing, her body had nurtured that life, so there was no other option.
Besides. It wasn’t the baby’s fault it had an idiot for a mother and an arsehold for a father.
She took the tube out of the basin and dropped it in the waste bin. She soaped her hands, washed them under warm water and dried them before she looked at herself in the mirror.
“You idiot. How the hell did you let this happen? How the hell did you let yourself get knocked up like this?”
She stared at the zit. She knew painfully well how she’d done it. And damn it, she was too old for zits. She squeezed it brutally, washed and dried her hands again
Her chin throbbed and it was going to be there for a day or two, but it was the least of her worries.
Bella began to cry, and Emily took one last look at herself in the mirror.
A red spot on her chin was the least of her worries.
The very, very least.
(end)