These are not Hot Cross Buns

This year we I decided to forego chocolate for Easter. The first time in living history but honestly, it feels like the excess of Christmas was just last week, so Easter Eggs were off the shopping list. However, we did not, I repeat, did NOT, forego the tradition of the Hot Cross Bun.

So on Good Friday I found a recipe and made them. Now, we do have a breadmaker, kindly bequeathed to me some years ago by a friend who was giving up bread. We have enjoyed some marvels from that breadmaker. Fruit loaves, plain loaves, foccaccia bread, and last year, some rather nice Hot Cross Buns. But a few months back, we discovered the wee paddle in the machine had disappeared, the bit that does the churning, and despite much searching and re-searching, and doing it again for good measure, because how on earth could this paddle just vanish, like socks in a washing machine, this wee paddle had in fact gone AWOL. Now, I am paranoid about losing such things and take great care, and put it dutifully back in the machine after it has been cleaned, but it was nowhere to be found. We looked up the cost of a replacement, but it was some ridiculous price for such a piddly little bit of plastic, and so I decided to just do it all the old-fashioned way. Without mechanical interference.

And so it began.

I knew something was up when the yeast was added to the sugar and water, and nothing happened. The yeast just sat there, refusing to froth. After quarter of an hour, by which time there should have been a wondrous, glutinous mass of yeasty goodness, it was just a murky pool of blah.

So I consulted the jar of yeast to find it had expired a year ago. Now, a sensible person would have started the process all over again, but I've never claimed to have much sense, so I took the second jar of yeast which to my joy had not expired, and I added it in, then a bit more for good luck. After some five or so minutes, the action began to take place and some ten minutes later, there was the yeasty froth. (No technical terms here.)

It was duly added to the flour, left to rise and it did. It doubled in size. Success!

I then punched it down, and turned it into 16 little Hot Cross Buns and left them to rise in a warm place. I did not make the crosses because I had no more white flour left and I thought wholemeal flour crosses would look pretty naff.

I think that was my second mistake, for I put them in the oven, turned it on to barely nothing, just enough to provide the "warm place" to enable them to rise ( I have no idea why I did not just leave them on the bench like before), and when I went to check if they had risen, well, they sort of had but not by much, and some of them looked like they had taken on a slightly cooked appearance.

Time to bake! So I took them out, switched on the oven, and when it reached its required temperature, I stuck in the trays and I baked.

Ten minutes later, I had these. 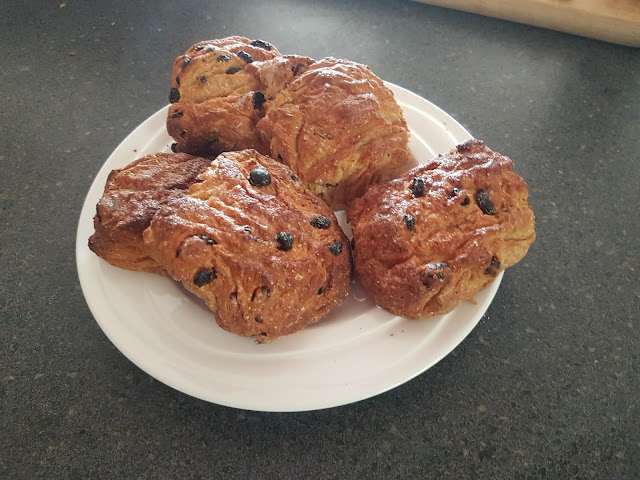 These are not Hot Cross Buns.

They are what I like to call Hot Cross Bun Scones.

Unbelievable! (Although, actually, quite believable if you follow the sequence of events above, I think.)

However. They did taste okay. Actually, they were quite nice, although not a bun. And of course, heated up with lots of lovely butter, they went down very well with a cup of tea. Quite a lot of tea, actually, as to call them a scone is doing a disservice to scones which are meant to be soft. These were a tad hard.

I think we all know the answer to that. Not bloody likely. Because despite them tasting okay, they were not a bun.  I'm not sure they were even a scone. I don't really know what they were.

However, they did get eaten, and while I could say they had some merit, the truth is probably a lot more along the lines of the fact there wasn't much else to splurge on, given the complete lack of chocolate in the house for Easter Weekend! 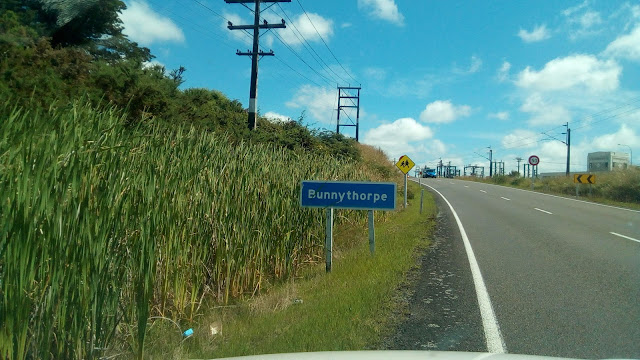