If you've read Falling for Jack, you might remember that Robyn worked at a stadium in the hospitality industry. 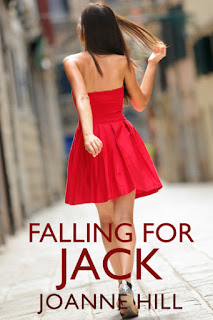 The inspiration for that actually came from when, many a few years ago, I worked in hospo at events centres. The kind that held Rugby World Cup finals, and All Black rugby tests and classy fundraisers. To be honest, I was long gone by the time the World Cup final was held there but I sure worked a few big games and, man, were they exciting. All the hype and the tangible buzz, not to mention we got the fabulous dinners after the punters had been fed.  There were one-day cricket matches, and I even worked at a five-day cricket test between New Zealand and Australia, and got assigned to the Lounge where all the players hung out during the match. That was fascinating on so many levels. Some of the most famous Aussie players in the cricket world were on the team at the time and I remember the Aussie players were friendlier than the Kiwis. Probably because the Aussies were slamming the Kiwis, to be fair.

They weren't just sports functions I worked at, though. There were really posh dinner fund-raisers.  There were school balls. I think they were the worst in terms of what people do with food and drink on tables: yuck, you kids! Gross. There were the occasional weddings, and one time there was a massive boxing event that lasted the whole evening. There were events with local celebrities, and I can tell you, men act way different when they're at an event without their partner. Perhaps we women do, too, but I never notice.

Most of us working there did did other things. Held other jobs, were studying, were mums, or retired: just looking to get some cash to pay the bills.

What I probably remember most, though, is how people treat waiting staff. Most are really nice because let's face it, a lot of people have worked in the service industry at some time in their life. Politeness and gratitude go a long way. You don't forget some well-known person when they've been a jerk, and there are few things less appealing than those folks who should have got on to the fruit juice two drinks ago.

If you haven't read Falling for Jack,. follow the links below to get a copy. All reviews appreciated.