A Perfect Forever Free this week 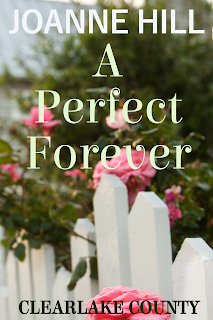 A PEFECT FOREVER
If you like, sweet contemporary romance, then try this. It's part of a series but can be read as a stand-alone.
Farrell Bridgewater has thrown everything into her financial career to get her where where she is today, and the last thing she needs are distractions - especially distractions like lawyer Nick Blake. So when she and Nick are charged with managing her late father's estate, Farrell has good reason to stay clear of Nick. Especially since they once shared a night that changed her life, a night she's tried to forget - and a night he clearly can't remember.The late Professor Dean Bridgewater was like a father to Nick: an irony since the professor had nothing to do with his only child, Farrell. Being named co-heir to the estate is a shock to Nick, but even more are the feelings that blindside him when he meets Farrell. He's determined to find out what makes her tick - and even more, why she's hell bent on avoiding him when attraction burns so fiercely between them. And even though she denies they ever met, there's something that tells him she's lying, and he wants to know why.
The book is exclusive to Amazon and is free (US Time) from May 16 to May 20.
Go HERE to find it.